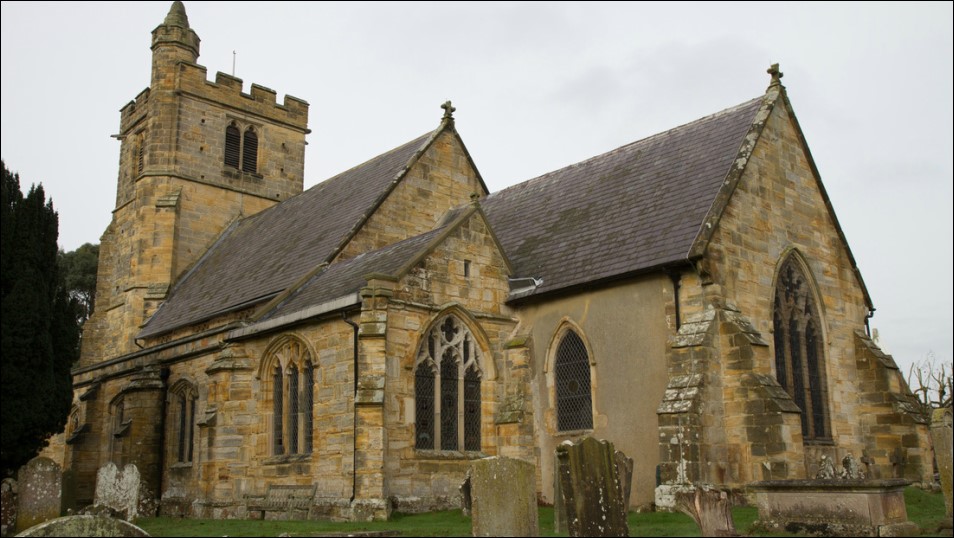 We are proud that our church is still used for the purpose for which it was built many centuries ago, to bear witness to God and his son Jesus Christ and provide an enriching place of worship and hope for all who come through its doors.

Things to see in our Church 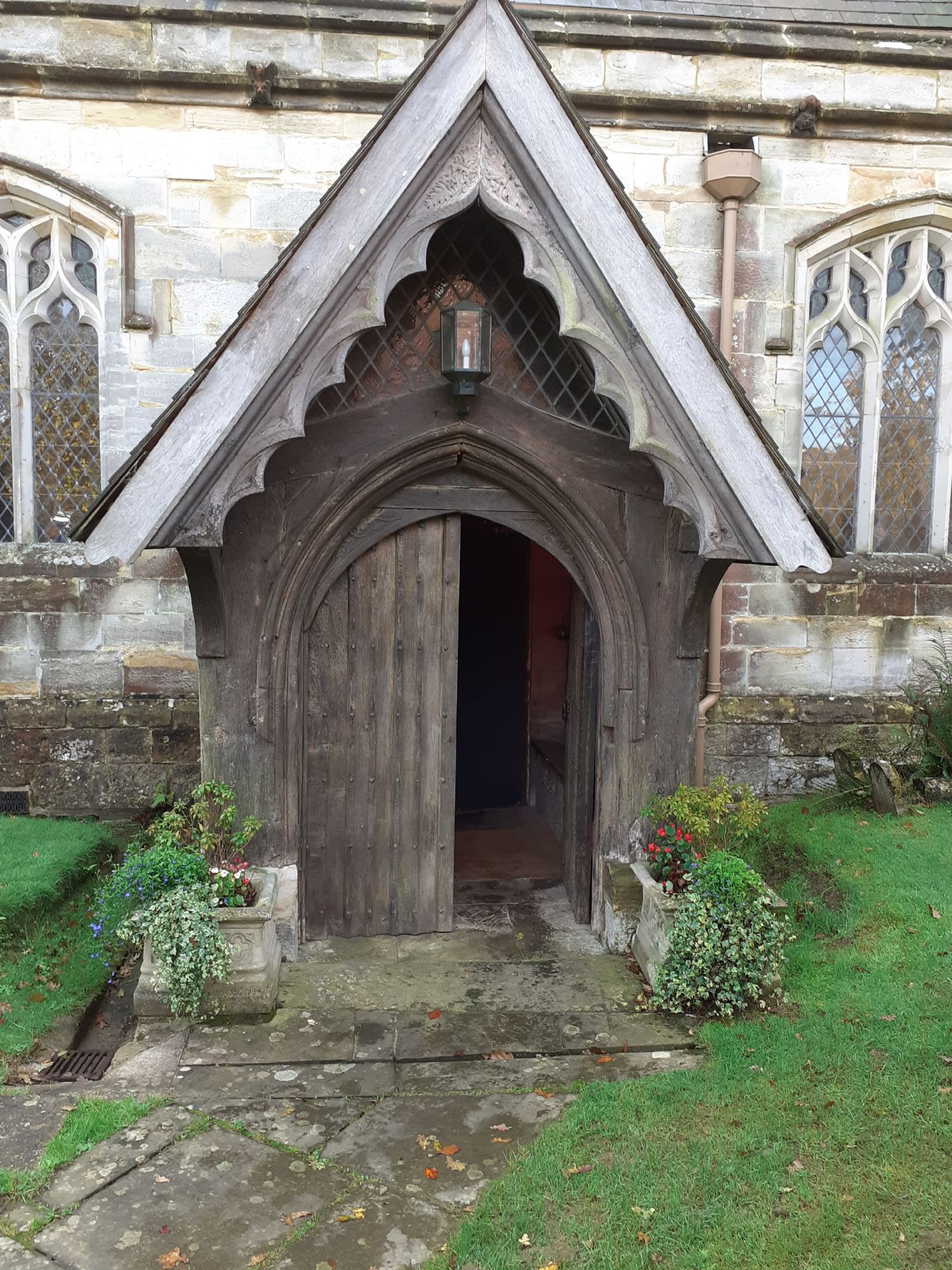 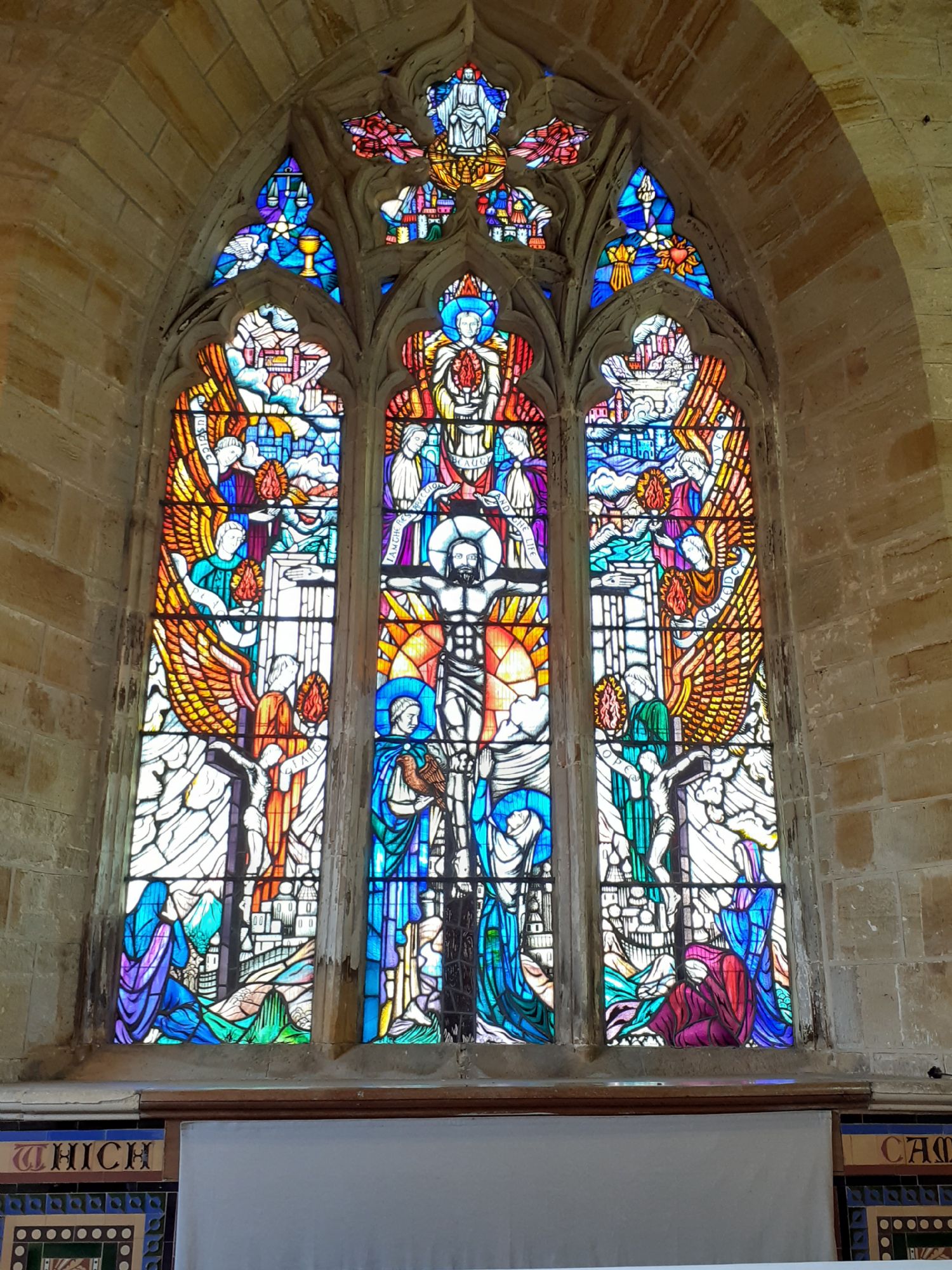 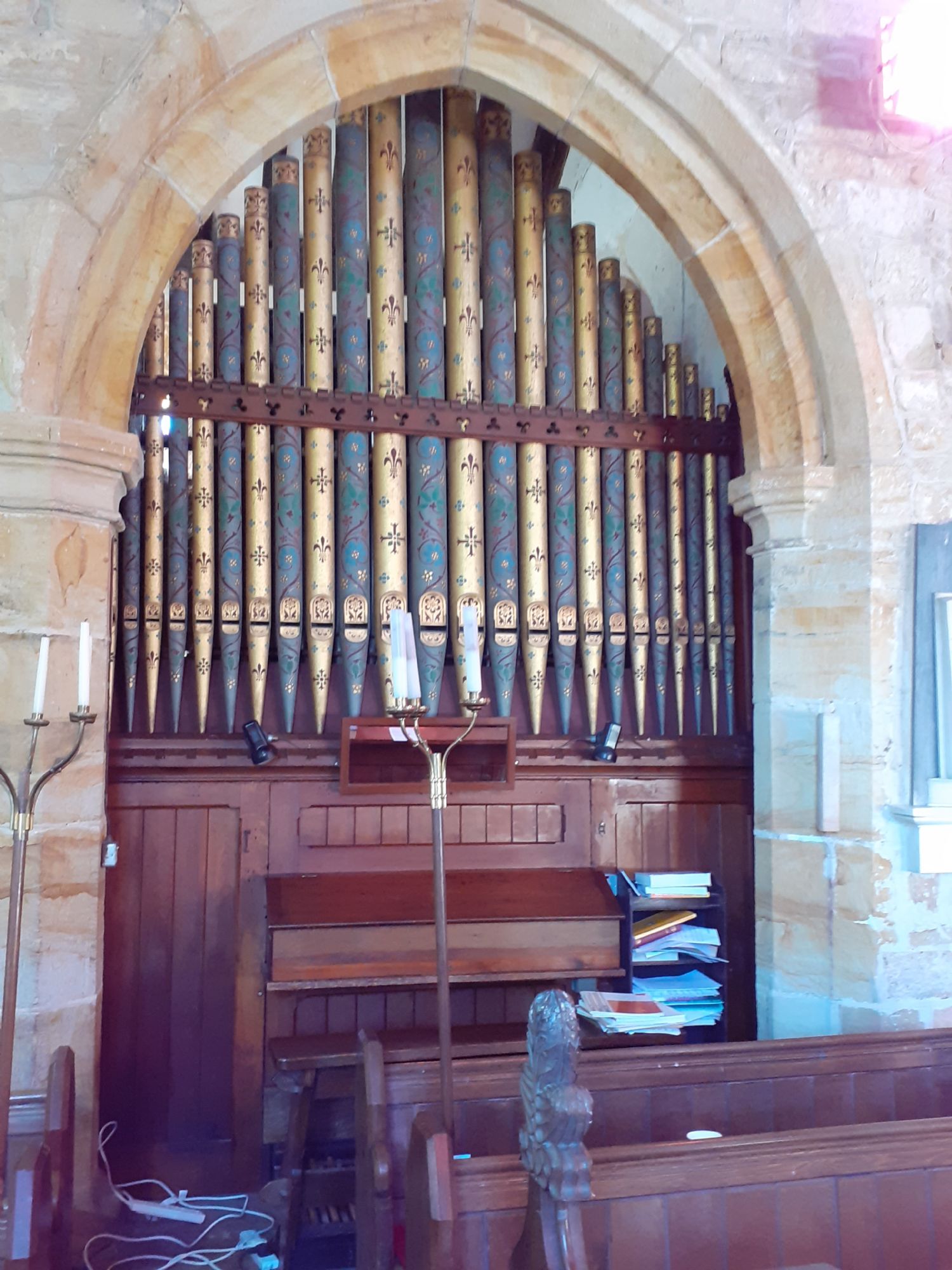 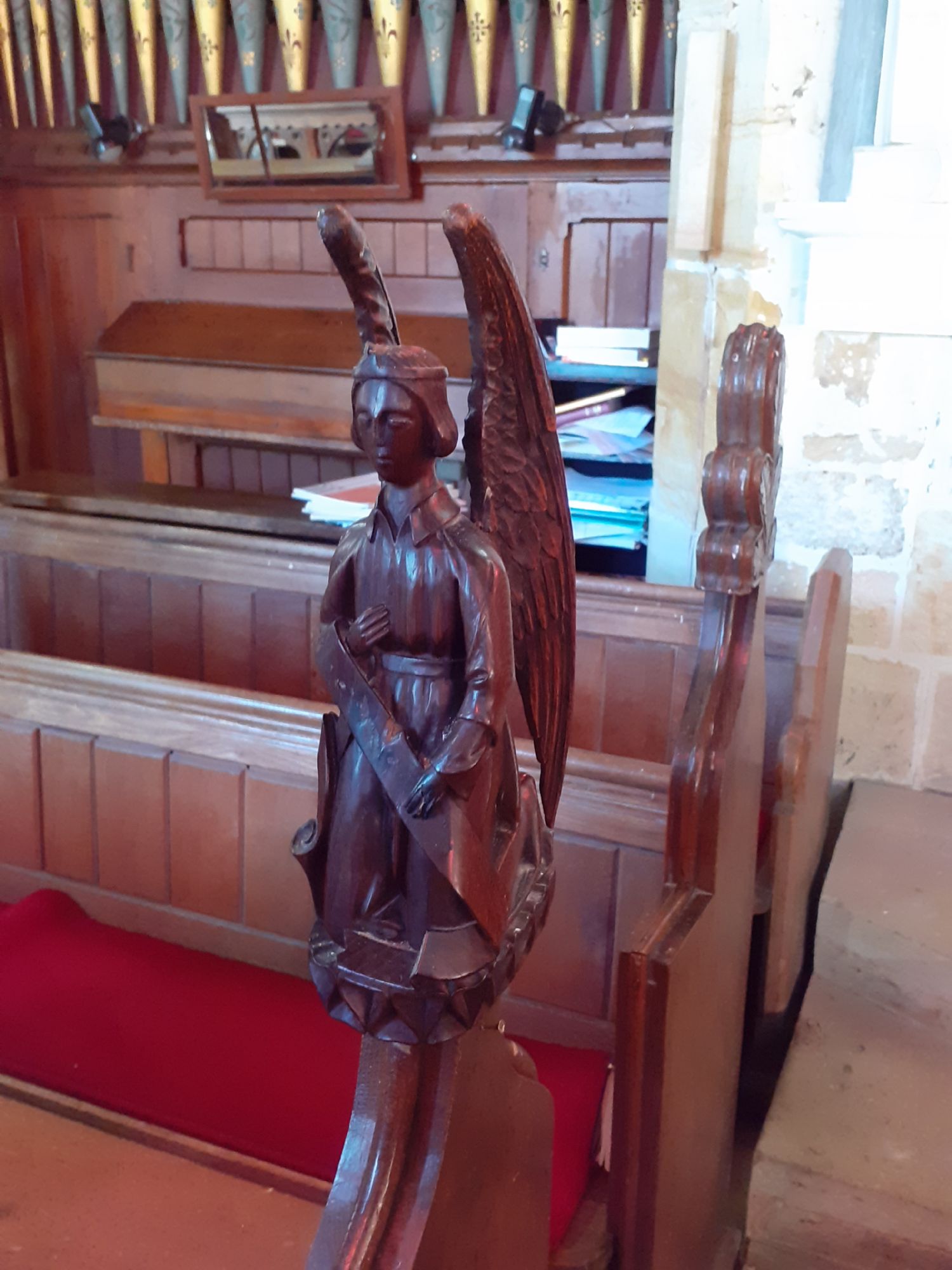 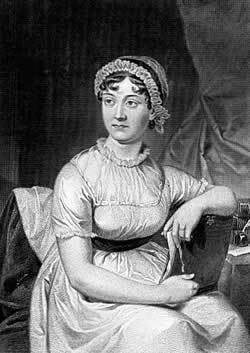 There had already been a Church of some description in Horsmonden for hundreds of years, but the story of St Margaret’s itself begins at the start of the 14th century when Richard de Clare, Earl of Gloucester was Lord of the Manor of Spelmonden, the dominant manor in the Parish of Horsmonden, which covered most of its southern part.  The building of a Church was authorised in the spirit of the age in this important manor.  Henry de Grofhurst became the second Rector of Horsmonden in 1311 and it is he who must be remembered as the actual builder.  In about 1317 Agnes a daughter of the head of the Rokesley family, who then held the Manor married a Sir Thomas de Poynings, whose family were to win fame and riches during the long reign of Edward III and the manor passed into their hands. Henry, we can be sure, as a zealous incumbent would have enlisted the support of the wealthy Poynings family in the building of his new Church, and after his death in 1361 with the Church still unfinished, they continued the work. Henry was laid to rest under the Chancel of his Church where he has a splendid brass memorial declared to have been engraved in his lifetime c.1340. In about 1380 Michael, the then Lord Poynings, married Isabel the daughter and heiress of Robert, Lord Fitzpayne and it is surmised that it was in celebration of this marriage that the tower of St Margaret’s was completed. One may still discern the arms of the two families outside on either side of the Great West Door.

The building of the Church would have taken place over many years, being interrupted perhaps only by the Black Death of 1348, but by the end of the 14th century it stood complete.  However, with the passing of the years repairs became necessary, and in 1455 the Bishop summoned all residents and land holders of the Parish to a meeting to discuss the repair of the south side of the Church.  What was involved was a complete re-building  of the south aisle and the Chapel of St Peter ad Vincula (St Peter in Chains) as an eastward extension of the south aisle, and which now accommodates the organ. 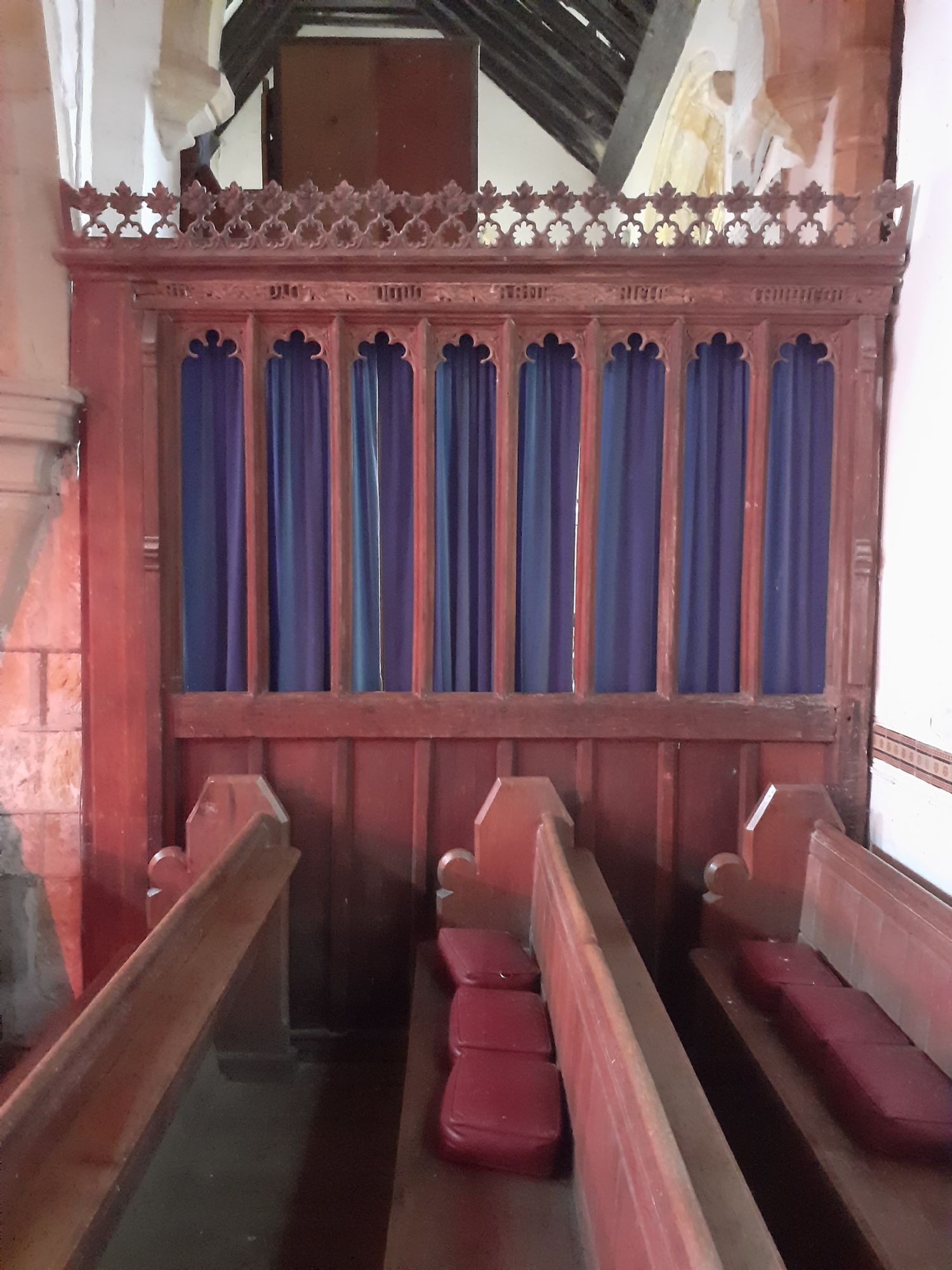 Likely removed from the span where the organ now stands is the charming early 16th century parclose wooden screen in memory of Alice Sampson of Elphicks. 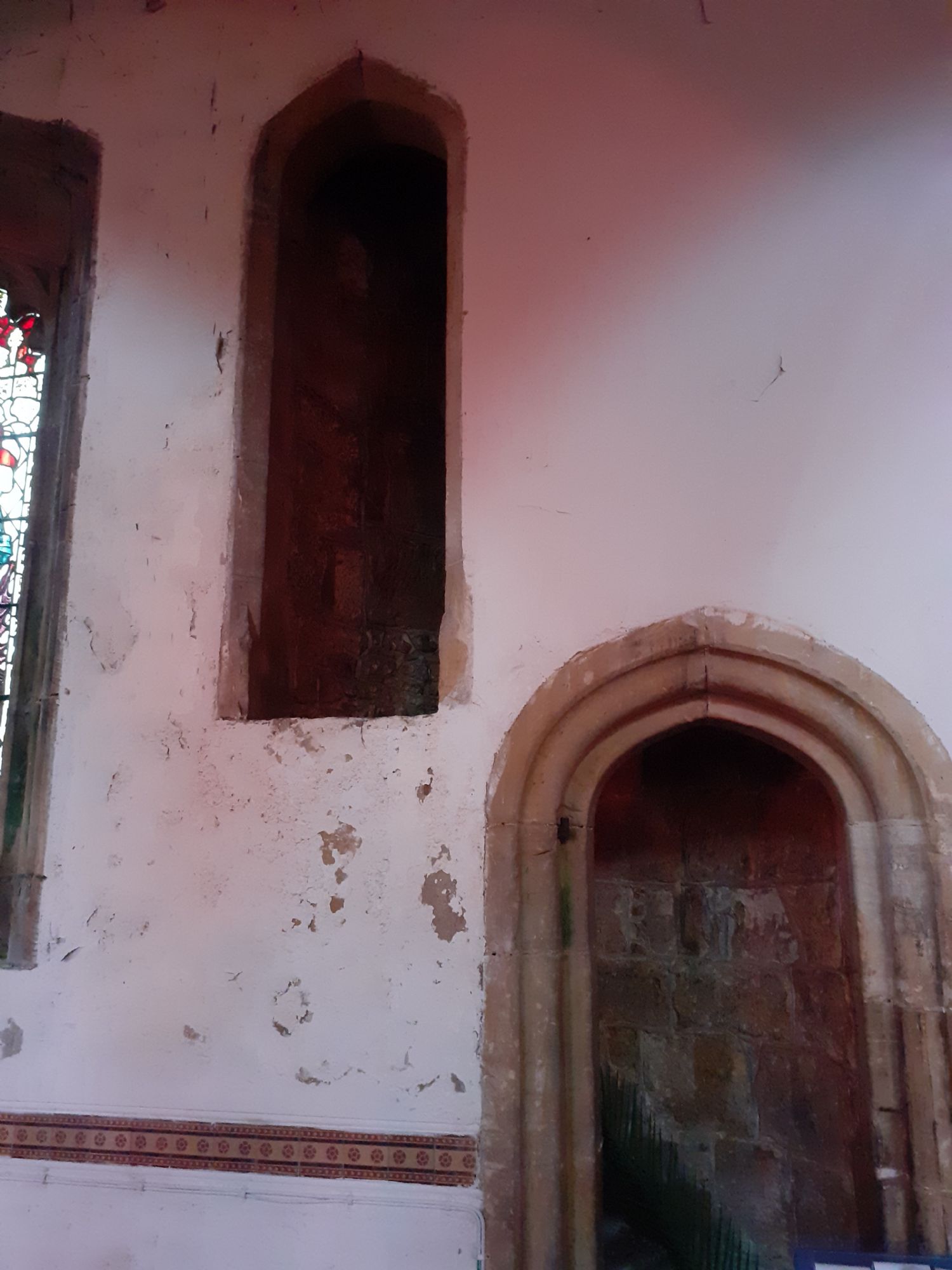 In the south wall of the south aisle, no doubt incorporated during this re-building are two ‘rood stairways’.  These were designed to allow access to the ‘rood loft’ which was a structure high up spanning the end of the Nave and upon which would have been mounted the figure of Christ on the cross, no doubt flanked by figures such as St Mary and St John.  Why there are two rood stairways is not entirely clear, but careful inspection shows that where the making of a passage through the Chancel arch was tried it had to be re-filled with solid masonry, perhaps to prevent a dangerous collapse because of the weakness in the pier thereby caused.  However, in 1561 Elizabeth I ordered the destruction of all “roods” under pressure from some of her bishops and all that now remains is the two staircases. 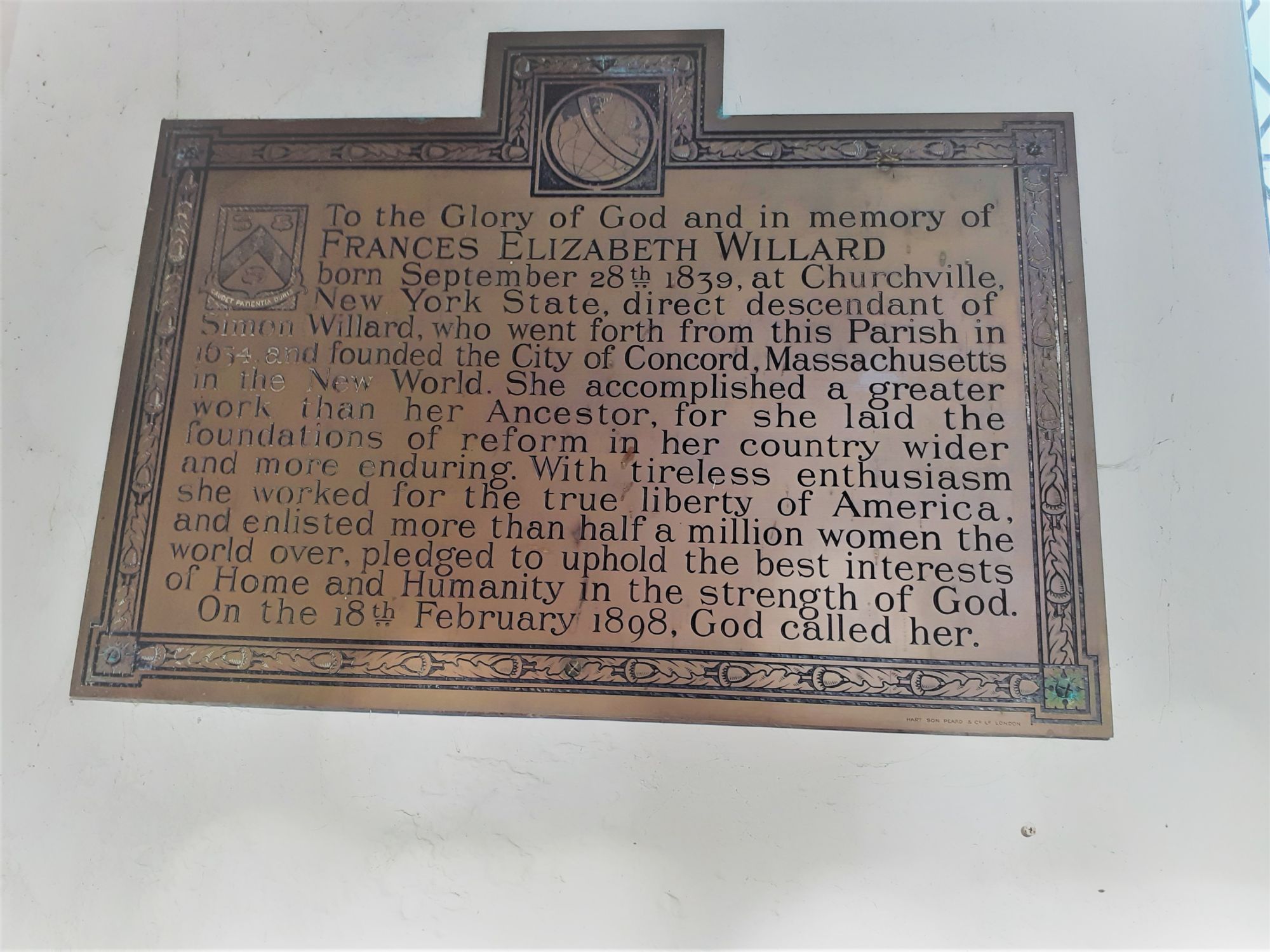 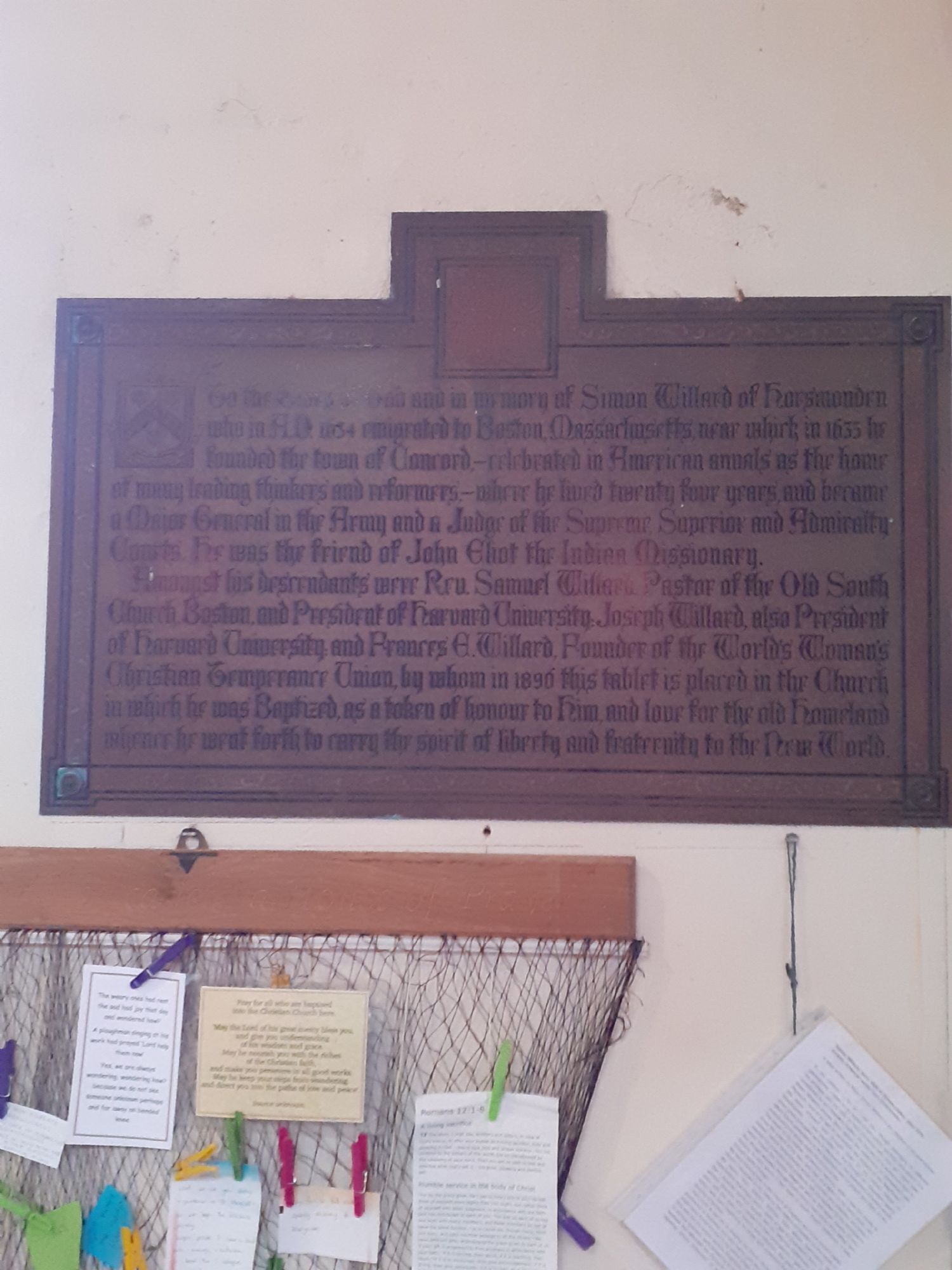 In 1634 Simon Willard of Horsmonden set sail for the “New World” of America.  He was a Puritan and was following in the footsteps of those who had set sail in the Mayflower some years before.  He felt that the Anglican Church at the time was not home for his preferred style of worship with its growing Catholic tendencies, and the persecution of Puritans was steadily increasing by such as Bishop Laud.  He did well in America and founded the town of Concord in Massechusetts.  He became a military commander, a magistrate and adviser to the Governor and an expert on Indian affairs.

However, throughout the years of persecution and rivalry between Church and State, one man continued to prosper.  He was John Browne, the King’s Gunfounder, He was one of the greatest Wealden ironfounders, employing as many as 200 men at his foundry in Horsmonden.  He cast cannon for the navy of Charles I but was equally happy to work for the Commonwealth when the time was right.  John was buried at St Margaret’s in 1651 but no memorial remains. However, his wife Martha lies buried beneath the Chancel arch next to the pulpit where her grave slab is of black Wealden iron.

The Austen family, from whom the novelist Jane was descended, were a wealthy Horsmonden family who made their money in the cloth trade, with spinning and weaving going on throughout the village as a “cottage industry”.  John Austen IV was born in 1657 at Broadford House, but one of his descendents John Francis Austen built the now demolished house Capel Manor as their new manor house. 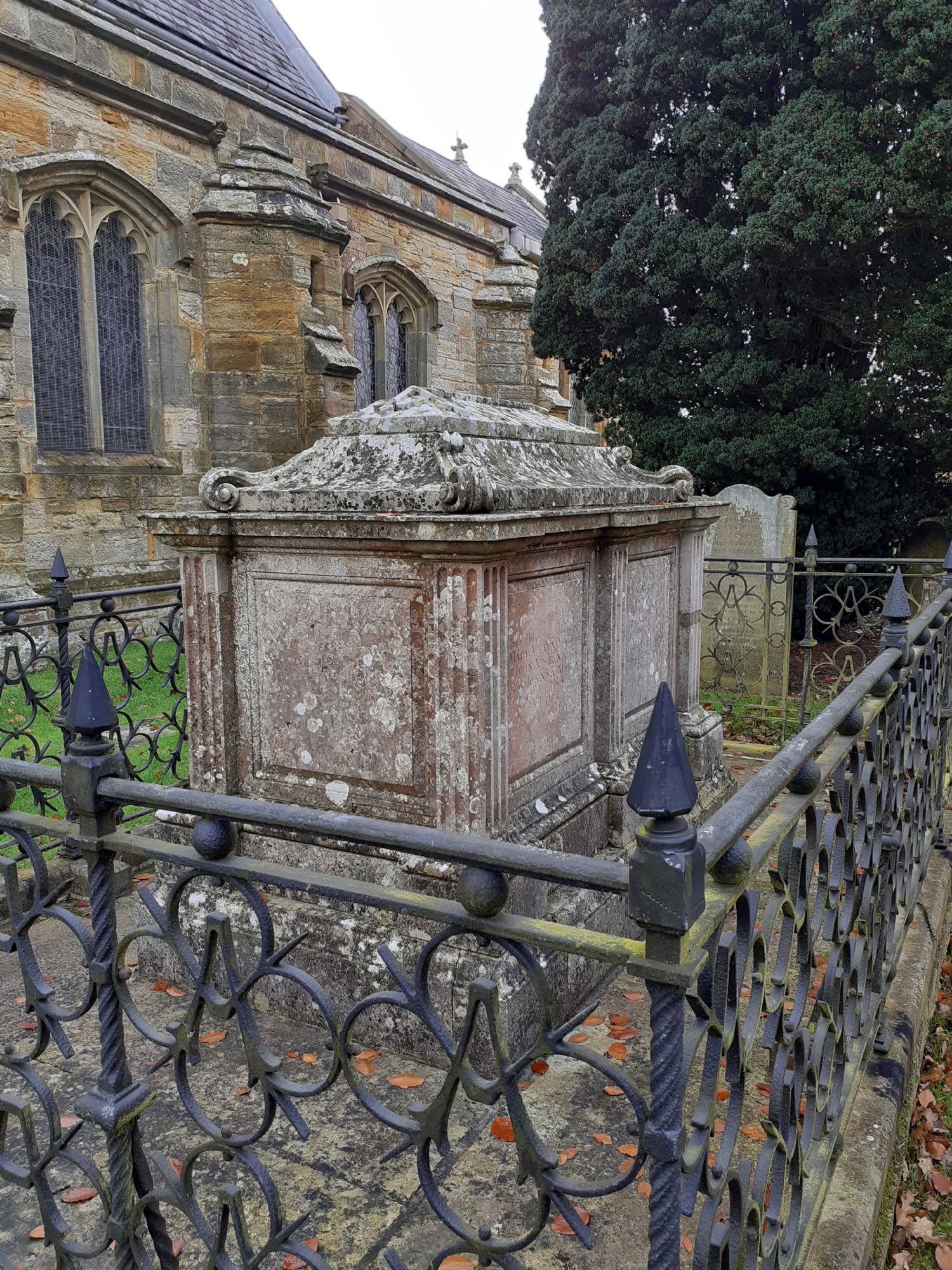 Several of the Austen family have memorials in the Church and Churchyard, including the fine railed tabletop tomb just to the south of the Church.  The letter ‘A’ for Austen is incorporated into the railings.

Horsmonden has connections to the famous author Jane Austen, there are two private homes that date back to the early 1600s. Both were lived in by members of the Austen Family, Broadford was the home of Jane Austen's great-grandfather, John Austen IV (1670-1704), who lived there with his wife, Elizabeth Weller Austen. Grovehurst was the home of earlier members of Jane Austen's family. Many of that family's graves can be seen in the church yard of St. Margaret's Church.

When the Reverend Stephen Bate became Rector in 1673 he found his Church sadly neglected and in disrepair due to the troublesome times of the Commonwealth.  In 1700 he succeeded in obtaining a Royal Warrant to raise the sum of £1,000 from other parishes for repairs to St Margaret’s.  This was used to rebuild the north aisle and the vestry and to provide a doorway through the north wall into the Chancel, and the sculptured Bate coat of arms can be seen over this door.  A more elegant memorial of the Rector is provided by a Flemish style engraved brass chandelier, the third oldest in Kent, hanging in the Nave.

In 1785 Dr James Marriott became Rector and this was to be the start of a long family incumbency lasting some 160 years, except for very brief intervals, when his son-in-law, grandson, great grandson and great great grandson all held the position of Rector of Horsmonden, finally coming to an end in 1944 with Hugh Randolph Cavendish Smith-Marriott.  There are a number of memorials to this remarkable family in the Chancel and St Peter’s Chapel. 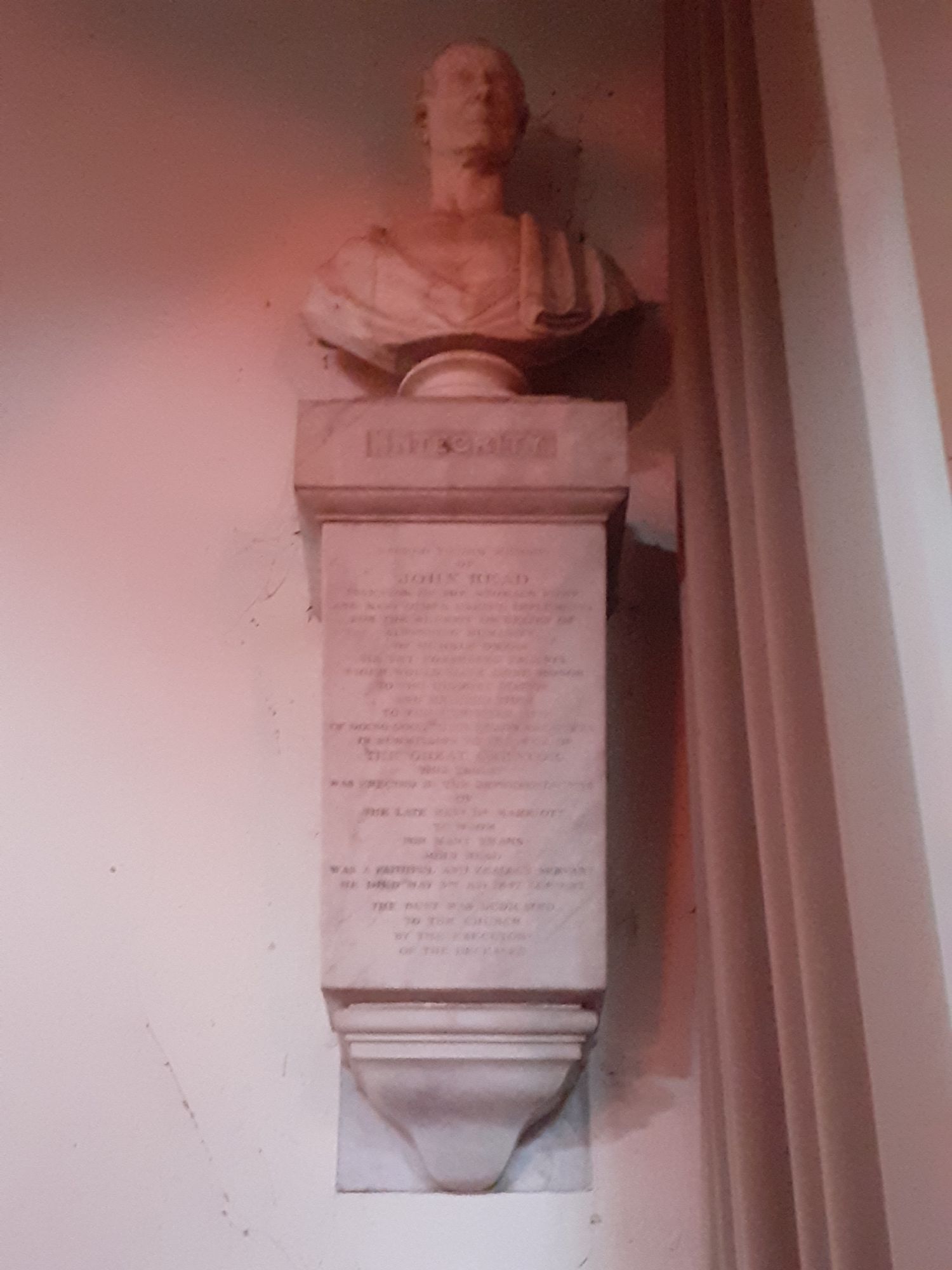 Another famous son of Horsmonden was John Read the inventor of the Stomach Pump, which he demonstrated to members of the Royal Society in 1823.  His sculptured head and memorial are to be found on the wall in the South Aisle. 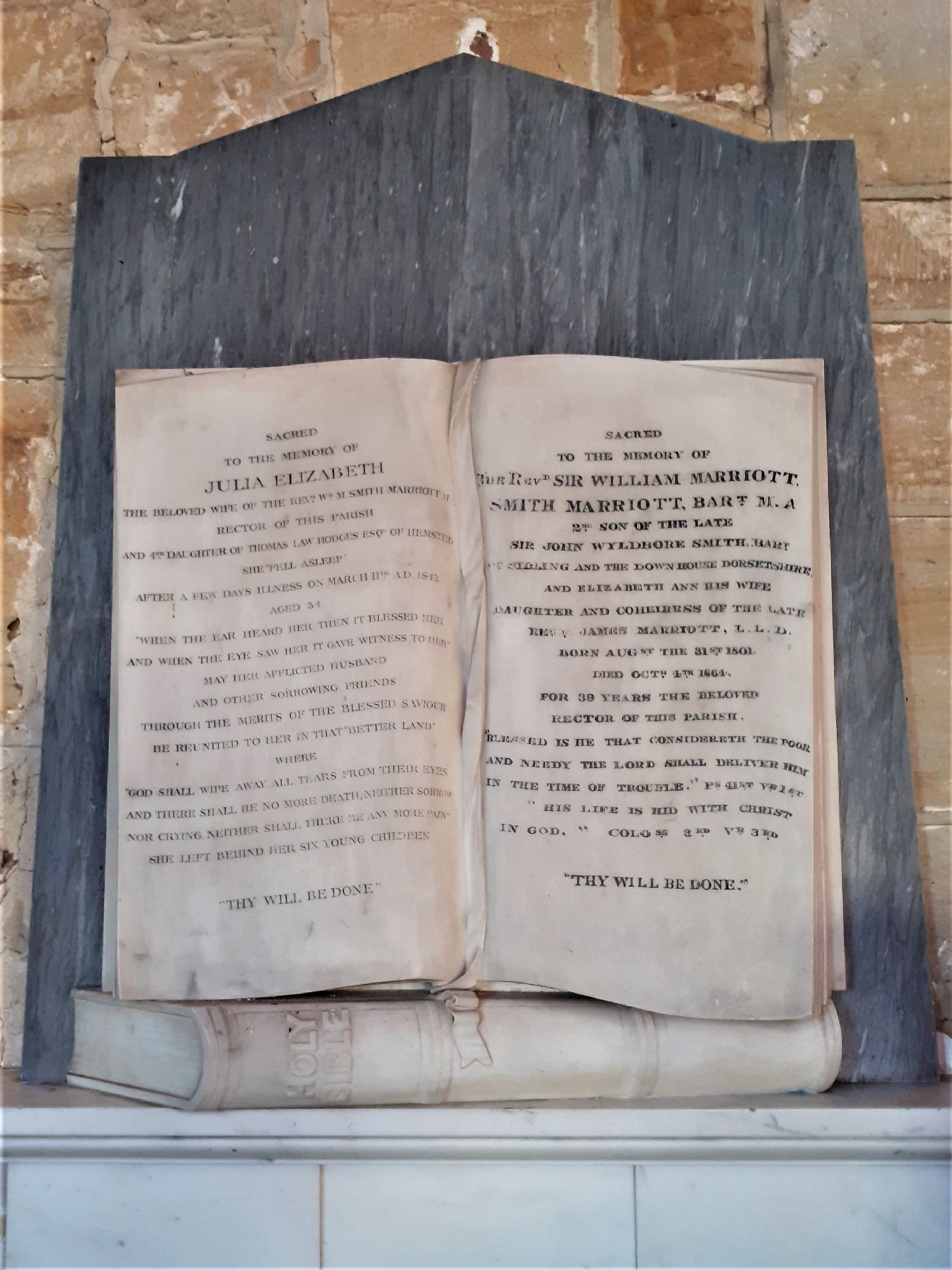 It was the Smith-Marriott family who in the Victorian era set themselves the fashionable task, completed in 1867, of “modernising” and re-furbishing the Church, arguably destroying a number of its fine historic features. Plaster was stripped from the walls and the floor of the Chancel was raised and paved with tiles.  However, the fine Victorian wall tiles and mosaics were also installed around the back and sides of the Altar at this time.  The oak pews and choir stalls also date from this time, and at the end of nearly every pew are two seats equipped with built in racks for the Victorian gentlemen’s top hats.

All were made on the Rectory Estate, together with the two angels gracing the west end of the choir stalls carved by Malyon Lambert, sexton at the Church in Victoria’s reign.  Many of the Lambert family served as bellringers in the Church. 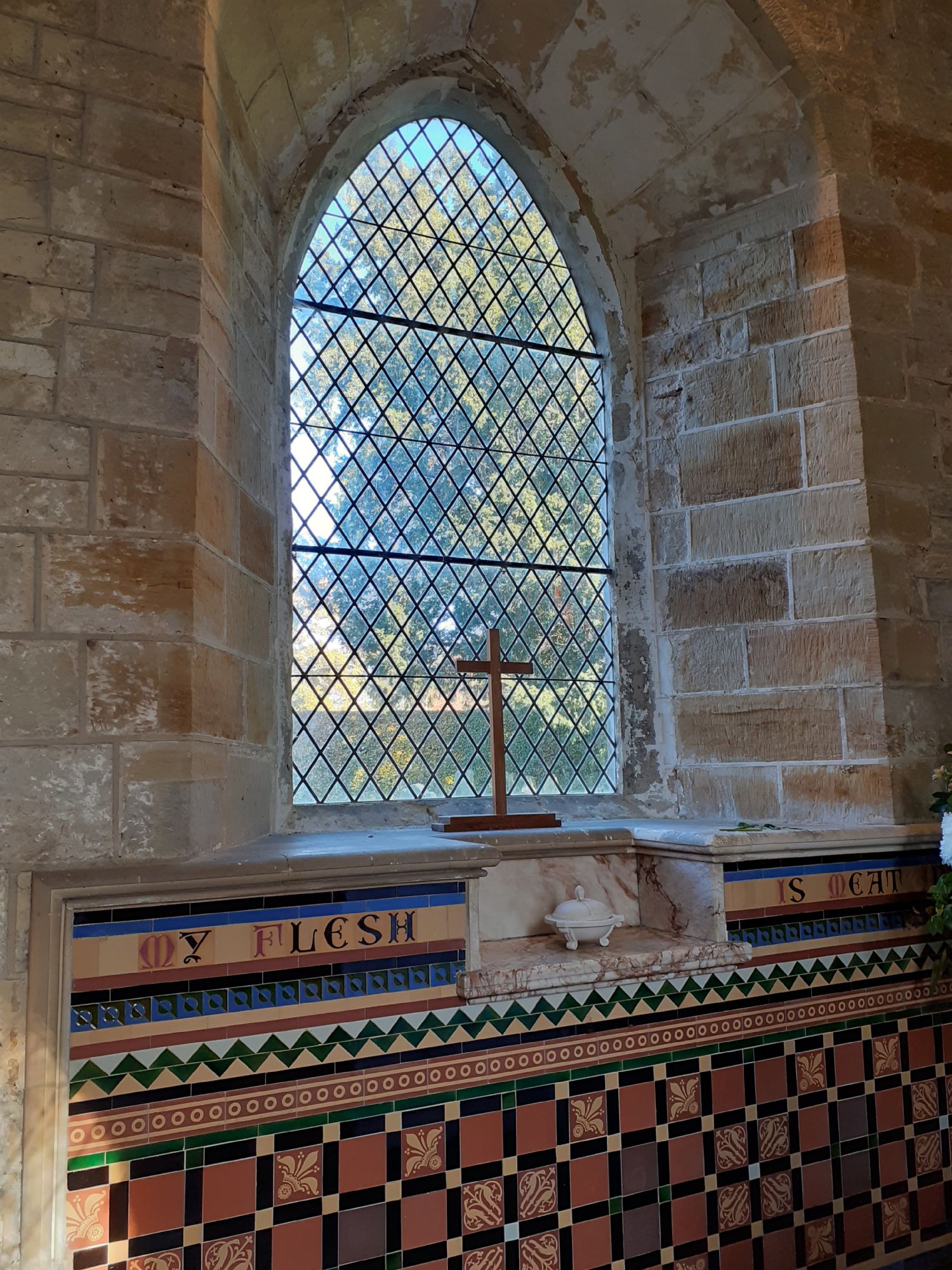 In the war years in 1944 disaster struck for the Church when a V1 “Flying Bomb” fell just north-east of the Church.  All the stained glass windows in the north and east walls of the Church were blown out and destroyed.  Little of the glass remained, but some fragments were re-installed in the east window of the Chapel and a dove was installed in the south Chancel window.  Rosemary Everett nee Smith-Marriott was commissioned to make a new east window. 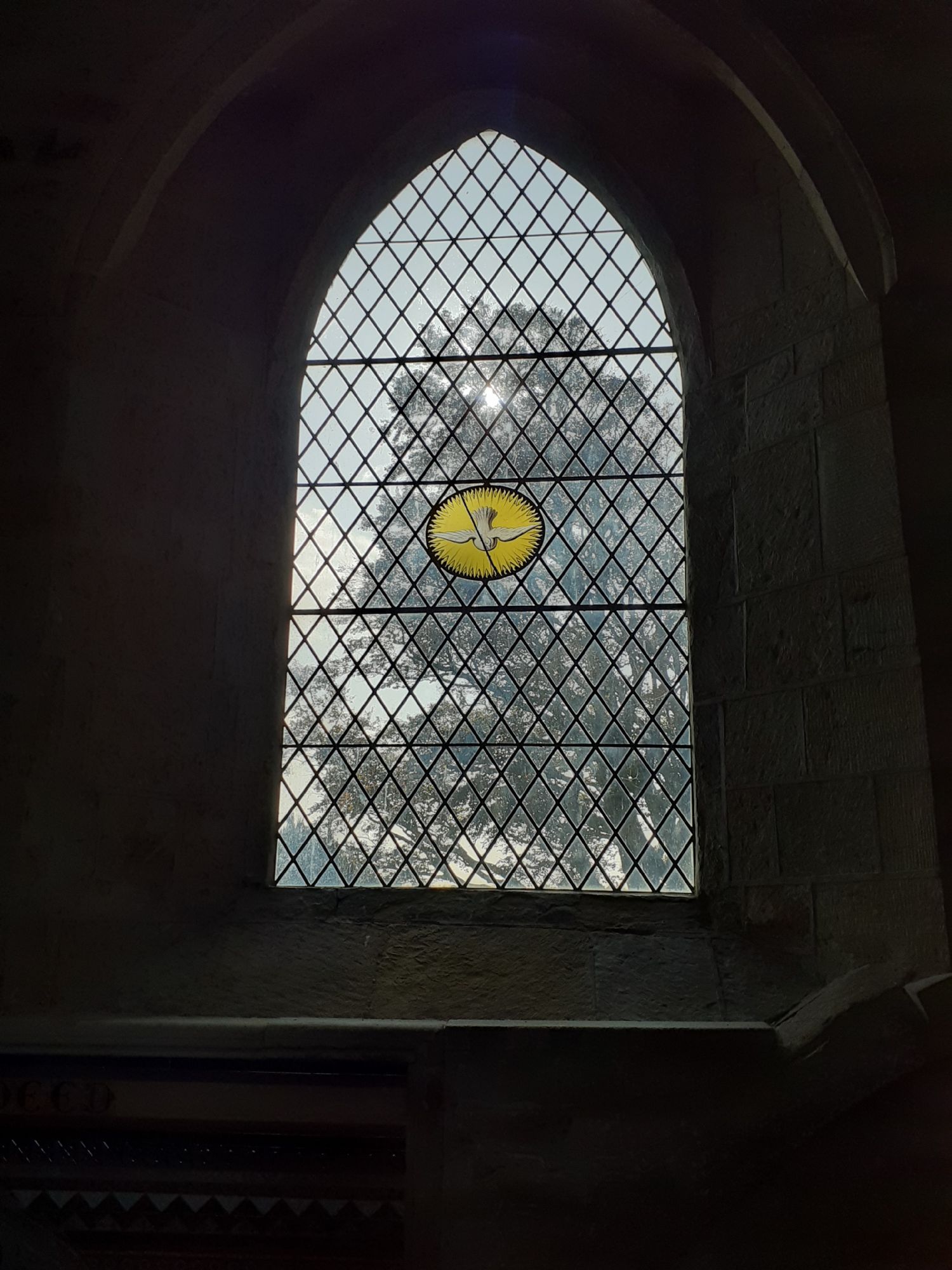 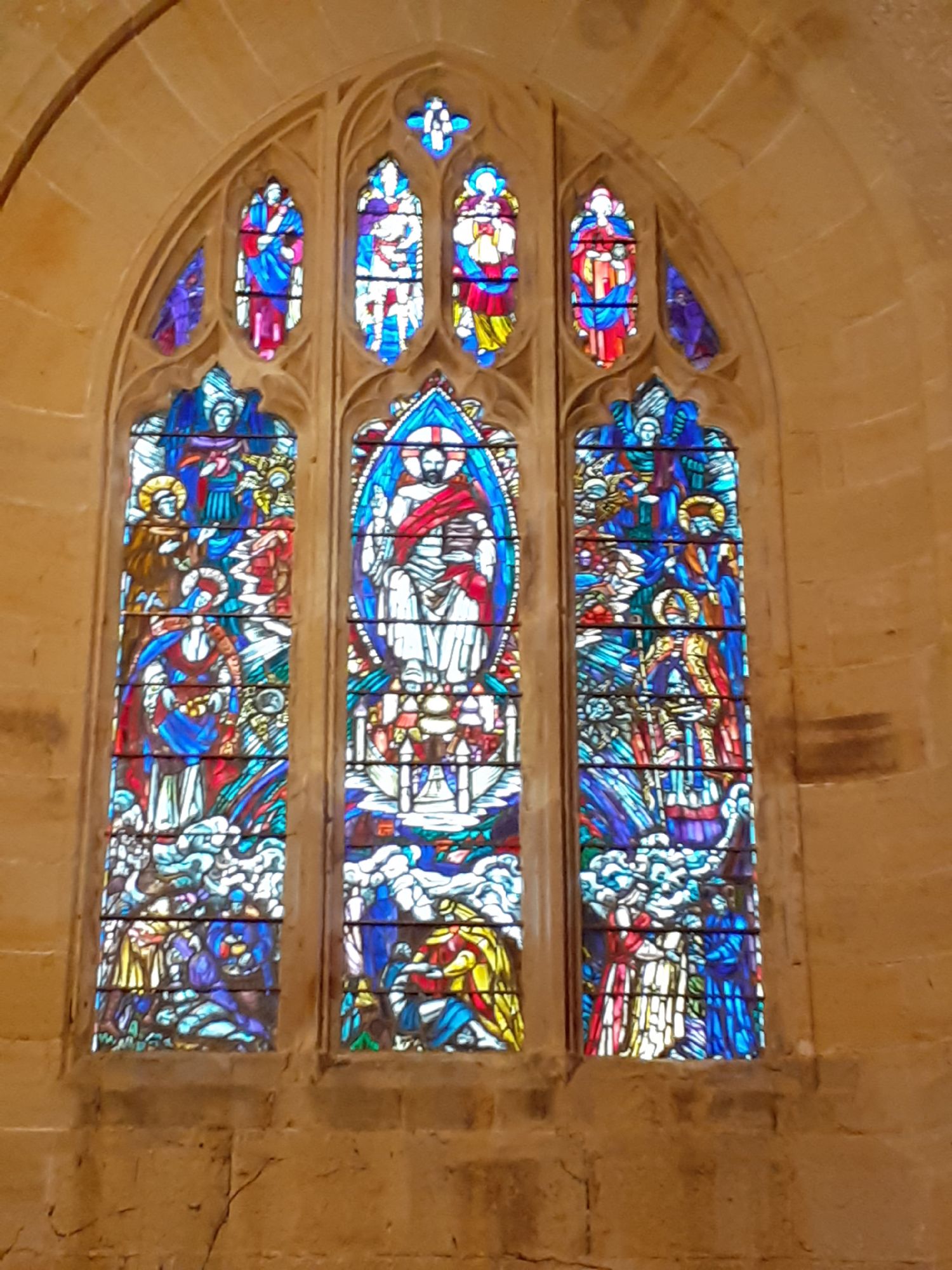 The west window is also by Rosemary Everett and was erected in memory of a Mrs Bowring of Goudhurst. They are of striking design and were installed in 1946 and 1948 respectively.


In 1955 the ring of six bells, which had been recast from five earlier ones in 1737, was increased to eight by a gift in memory of Bertram Bridges.  Further work was carried out to the tower in 1998 and 2000, including structural support and the recasting of the tenor bell, now named the “Willard Bell”, a gift by the family in memory of Simon Willard.  The bells are rung regularly by a dedicated team of ringers and they rang out joyfully to greet the new millennium. 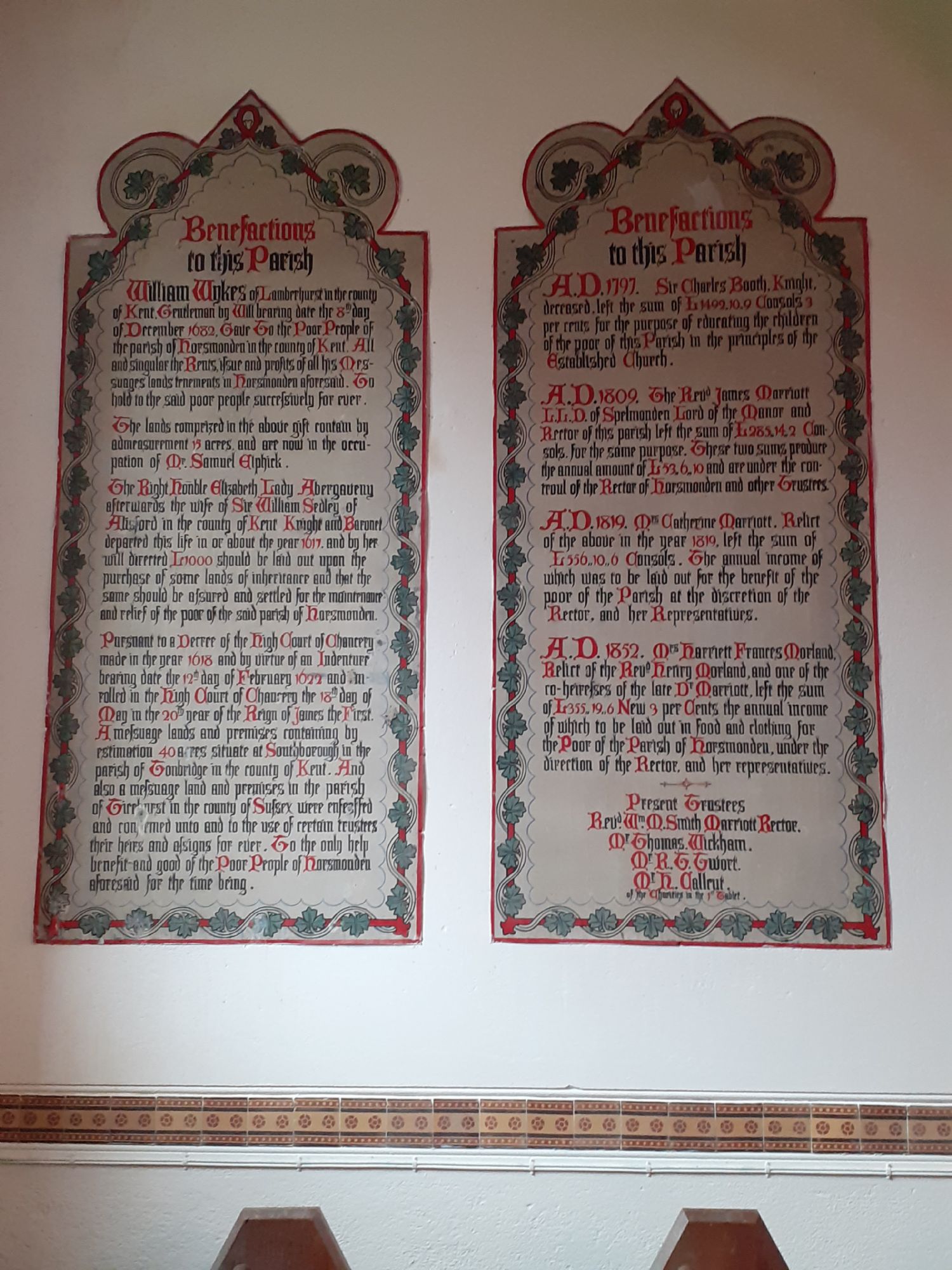 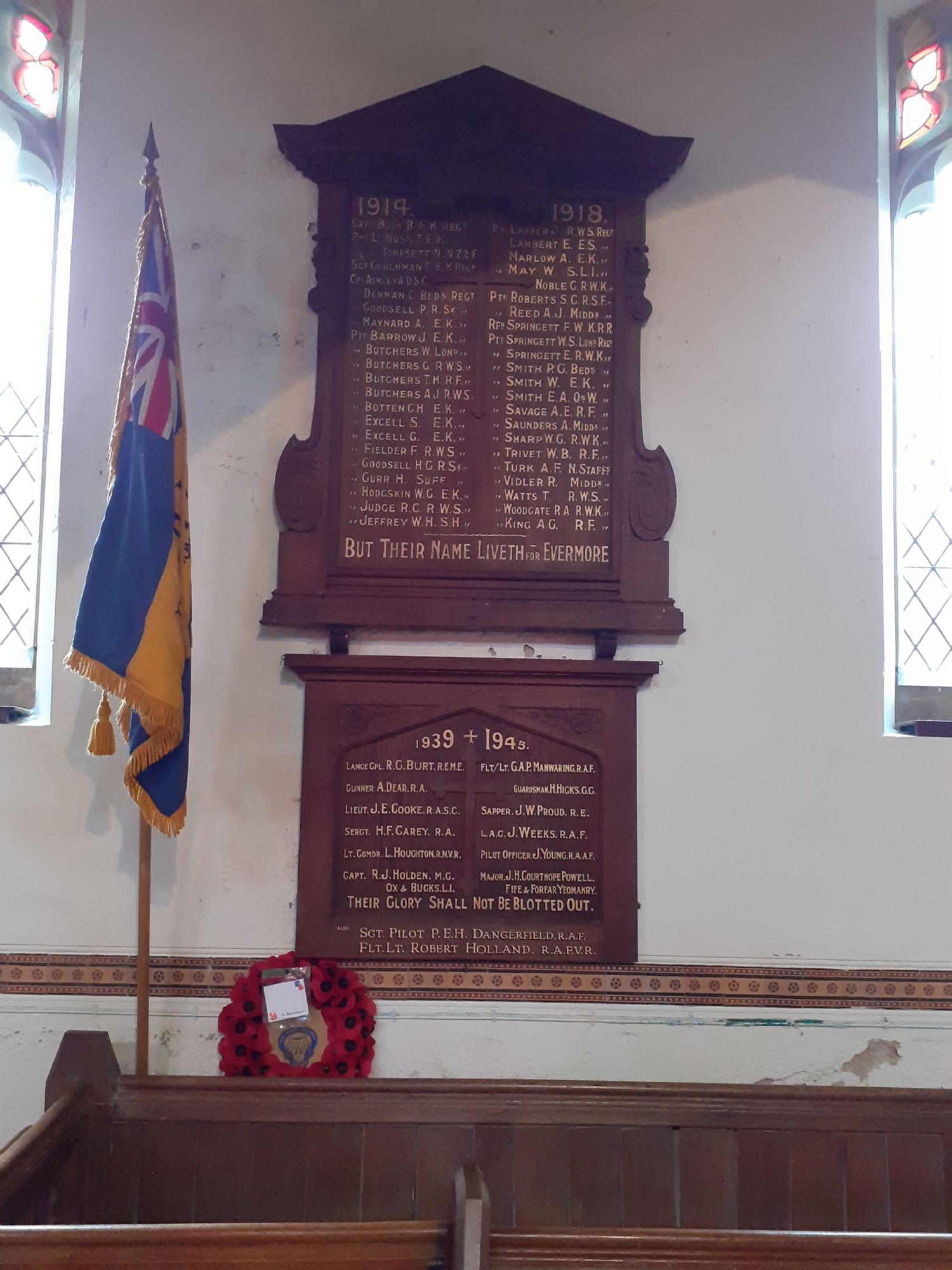